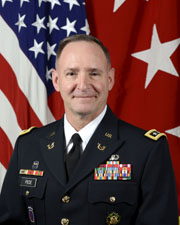 The position of Judge Advocate General was the brainchild and creation of General George Washington. In a letter to the Continental Congress he wrote, "I would humbly propose that some provision should be made for a judge advocate, and provost-marshal. The necessity of the first appointment was so great that I was obliged to nominate a Mr. Tudor, who was well recommended to me, and now executes the office under an expectation of receiving captain's pay--an allowance (in my opinion) scarcely adequate to the service, in new raised troops, where there are court-martials every day." Congress agreed with Washington and Tudor was commissioned as a lieutenant colonel.