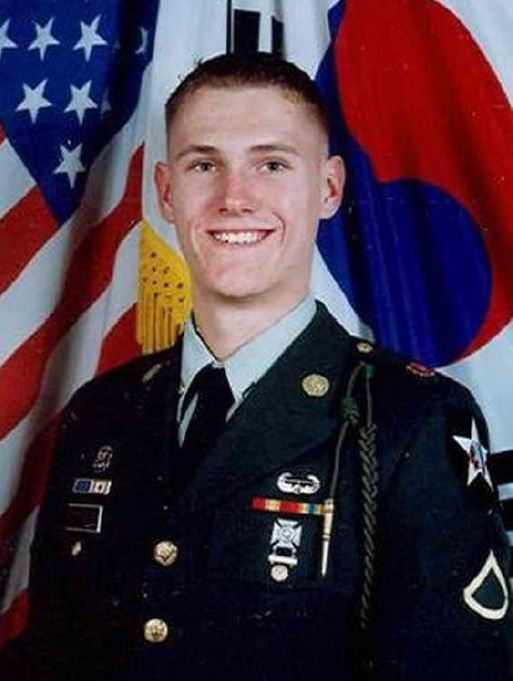 Corporal Sascha Struble was born in Bad Bruckenau, Germany. He graduated in 2002 from Indian River High School in Philadelphia, New York, and enlisted in the Army in November 2002. He attended Basic Training and Advance Individual Training, at Fort Jackson, South Carolina.

His first assignment was at the Legal Specialist, 2-72nd Armor Battalion, Camp Casey, Korea. After graduating from Airborne School, he was assigned to the 1-508th Airborne Infantry Battalion, Vicenza, Italy. CPL Struble deployed to Afghanistan in February 2004, where he served as a Paralegal NCO at a Forward Operating Base in Orgun-E, Afghanistan.

On 6 April 2005, CPL Struble's helicopter crashed in Ghazni, Afghanistan. He died along side of 17 fellow Americans. "In their short time, they made the world a better place," said Chaplain (MAJ) Joseph Fleury. "They brought laughter and light into our lives."

CPL Struble was a paralegal who became a paratrooper and looked forward to a career in law after leaving the service. "CPL Struble was a true combat multiplier who took good care of our soldiers," said LTC Tim McGuire, the battalion commander. SFC Steven Day, his Chief Paralegal NCO said "We have suffered a tremendous loss in the Judge Advocate General’s Corps, we lost one of the best young Soldiers in Corps."

On March 29, 2007, CPL Struble's stained glass pane was dedicated in the Hall of Heroes.