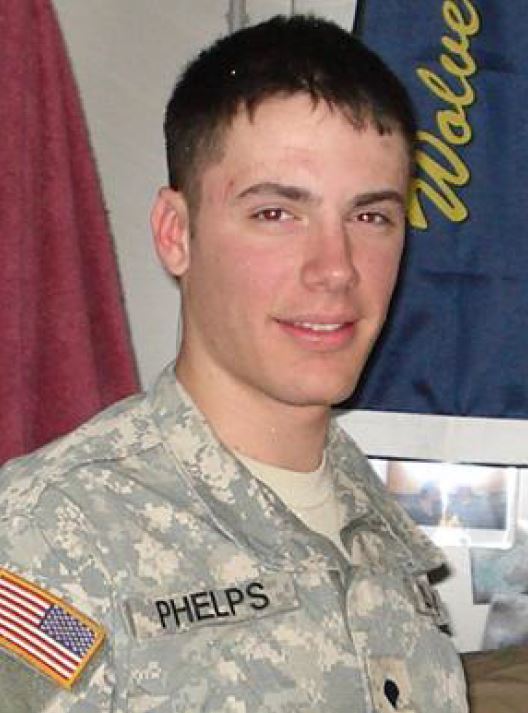 Corporal Coty J. Phelps was born on June 16, 1986 in Kingman, Arizona. He graduated from Kingman High School North in May 2004, and enlisted in the United States Army through the Delayed Entry Program on September 2, 2004 in Phoenix, Arizona. He graduated Basic Combat Training and Advance Individual Training at Fort Jackson, South Carolina on November 12, 2004. Upon completion of Advance Individual Training, he attended Basic Airborne Training at Fort Benning, Georgia.

Upon completion of Airborne School, he was assigned to the 4th Brigade Combat Team (Airborne), 25th Infantry Division at Fort Richardson, Alaska. On May 11, 2005 he arrived to Headquarters and Headquarters Company, 725th Support Battalion (Airborne) where he deployed in support of Operation Iraqi Freedom 06-08. While deployed with 725th Support Battalion (Airborne), he served as the Paralegal NCO for the largest Battalion in the Brigade. CPL Phelps served at Forward Operating Base Kalsu. He was killed in action on May 17, 2007 during a convoy operation when an improvised explosive device (IED) detonated near his vehicle in Iskandariyah.

On March 27, 2008, CPL Phelps' stained glass pane was dedicated in the Hall of Heroes.