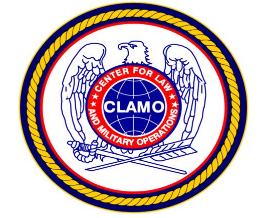 The End Does Not Justify the Means: Why Diminished Due Process During Reductions in Force is Unjust

Competing Interpretations: The United States Department of Defense Directly Participates with the ICRC

Taking No Prisoners: The Need for an Additional Protocol Governing Detention in Non-International Armed Conflicts

Will the Real Multinational Elephant in the Room Please Stand Up? The Need for NATO Assistance in Europe's Migrant Crisis