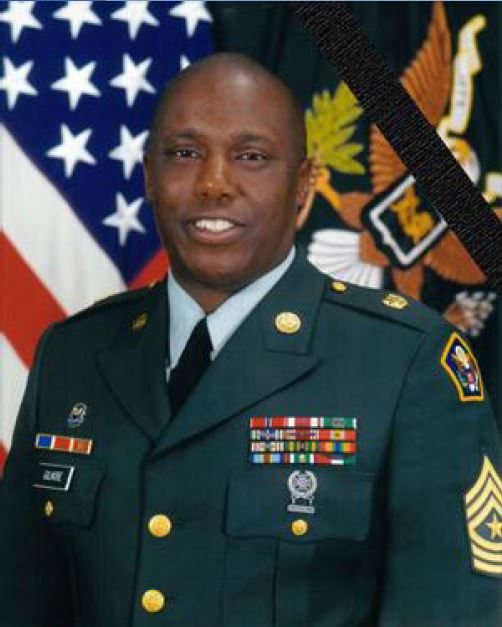 SGM Cornell W. Gilmore was a native of Baltimore, Maryland. He graduated from the University of Maryland in 1980 with a Bachelors of Science degree in Sociology and a minor in Criminal Justice. He then enlisted in the United States Army in October 1981. He subsequently completed Basic Training at Fort Jackson, South Carolina, and AIT at Fort Benjamin Harrison, Indiana in March 1982. 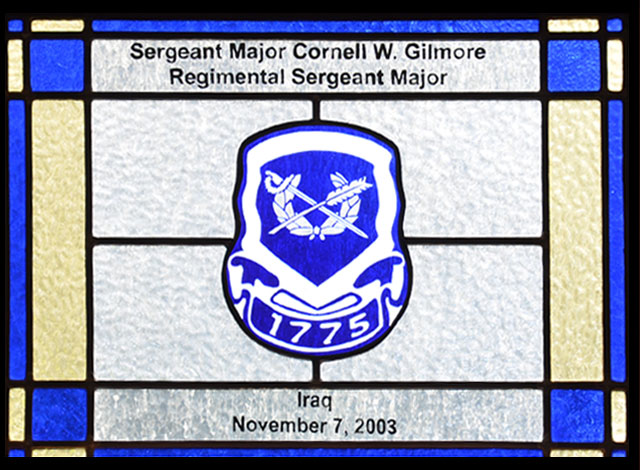 On February 9, 2007, MG Black presided over a stained glass unveiling ceremony honoring SGM Gilmore in the Hall of Heroes.