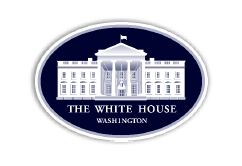 TIn December 2016, President Obama released a report outlining the legal and policy standards and processes pursuant to which the United States conducts its national security operations. This report describes, among other things, how the Obama administration ensured that the United States' uses of force overseas were supported by a solid domestic law framework and consistent with an international legal framework predicated on the concepts of sovereignty and self-defense embedded in the United Nations Charter. It also explains how the United States applied rules, practices, and policies long used in traditional warfare to new types of conflict. In addition, the report recounts actions the Obama administration took to institutionalize a policy framework to ensure that, in carrying out certain critical operations, the United States met the safeguards that apply as a matter of law in the course of an armed conflict -- particularly in the areas of the preservation of civilian life, transparency, and acccountability.

President Obama released this report to enhance the public's understanding of the legal and policy principles that guided U.S. national security operations, and to reinforce the fact that the U.S. defends its interests at home and around the work in a manner consistent with the laws, values, and traditions that are the source of its greatest strength.